Your Narrative Is False, Handiwork Of Dark Forces – Nigerian Army Reacts To The Economist Article That ‘Exposed’ Its Officers 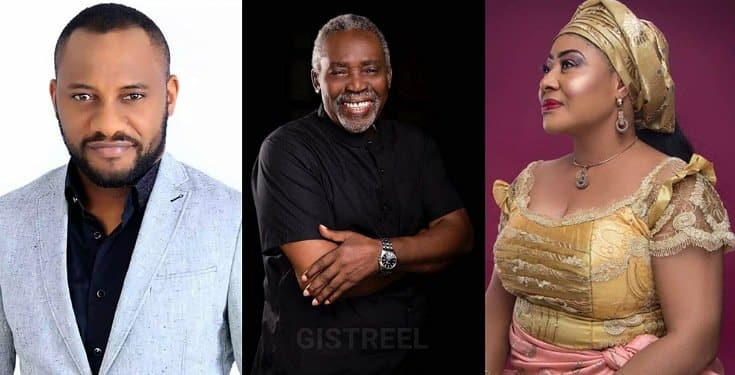 According to him, he decided to celebrate Olu Jacobs despite today not being his birthday because of the impact he has made on his career.

He said he learnt a lot from him while he was still new to Nollywood.

Yul revealed he grew up studying his acting style.

He also stressed on Jacobs’ rare qualities such as being nice and accommodating which he said endeared him to his heart,

Yul however begged him for a favour, just be on set with him one more time. 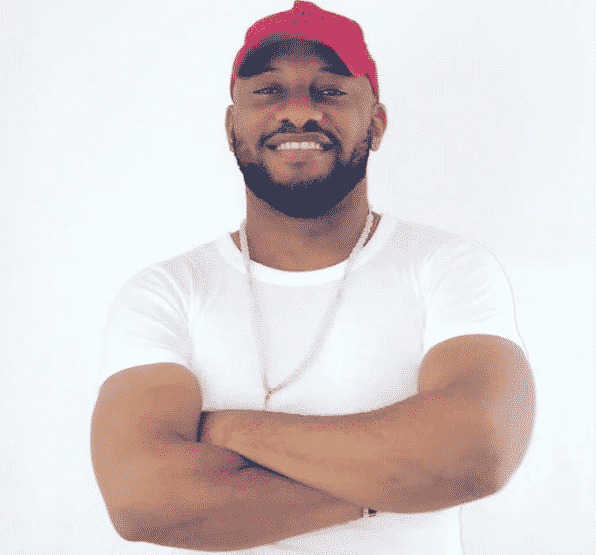 He then wished him quick recovery and good health.

In his words; “Just tell me I’ll be on set with him and I’ll be willing to do anything to make it happen, even if it means slashing my fee.

“The Legend, the great Uncle Olu Jacobs. Today is not his birthday but I choose to celebrate him for his impact in my career.
In the early days of my career I spent a lot of time studying his acting style.
It was always an honour to be on set with him.

“I played his son a couple of times and I learnt so much from him. So accommodating, so nice.

“He remains one of the greatest actors Africa has produced. I miss working with him. Thank you Uncle Olu Jacobs.

“Many more years with good health I wish you.
AMEN!” 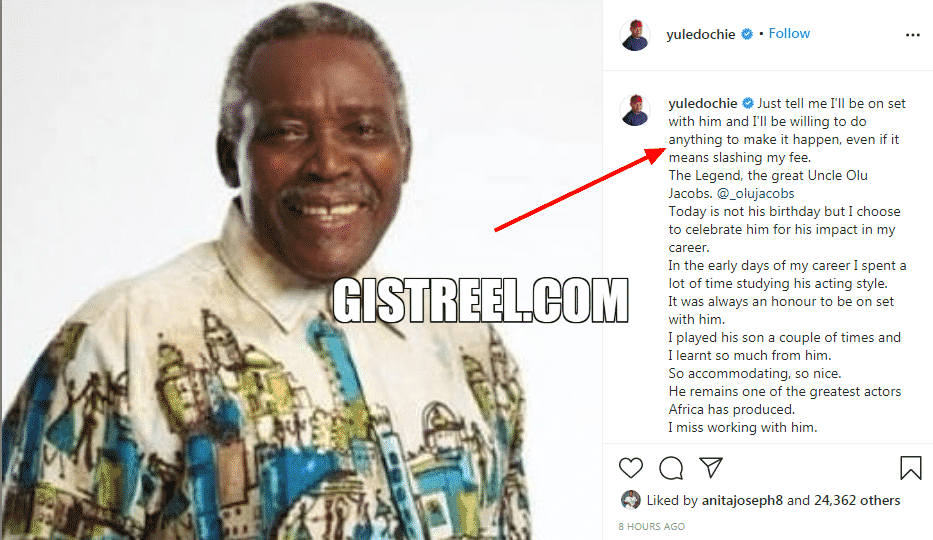 According to her, Olu Jacobs is “a living legend”.

As Yul Edochie and Ngozi Ezeonu celebrate Olu Jacobs, fans have also hijacked the comment section to celebrate him with them.

A fan even told Yul that he shares something in common with Olu Jacobs and according to her, the both have a deep unique voice.

BREAKING: Senator Dino Melaye Did Not Graduate With A First-Class Degree From Baze University – Sources