Wizkid unveils official artwork and tracklist for ‘Made In Lagos’

Finally, the highly anticipated ‘Made In Lagos‘ is upon us and we don’t know how to feel. Wizkid has officially announced that we’ll be getting the album by midnight 11:11 pm Nigerian time.

The Nigerian international superstar took to his Twitter account where he made the announcement with the caption; “#MadeInLagos Tonight 11:11 pm.”

The tracklist for the highly anticipated ‘Made In Lagos‘ album has been unveiled, including the official cover art.

Apparently, it is a star-studded album. It comprises of 14 perfect-looking tracks including collabos with the likes of Burna Boy, Skepta, Damian Marley, H.E.R, Ella Mai, Tay Iwar, Projexx, Tems and Starboy Terri. 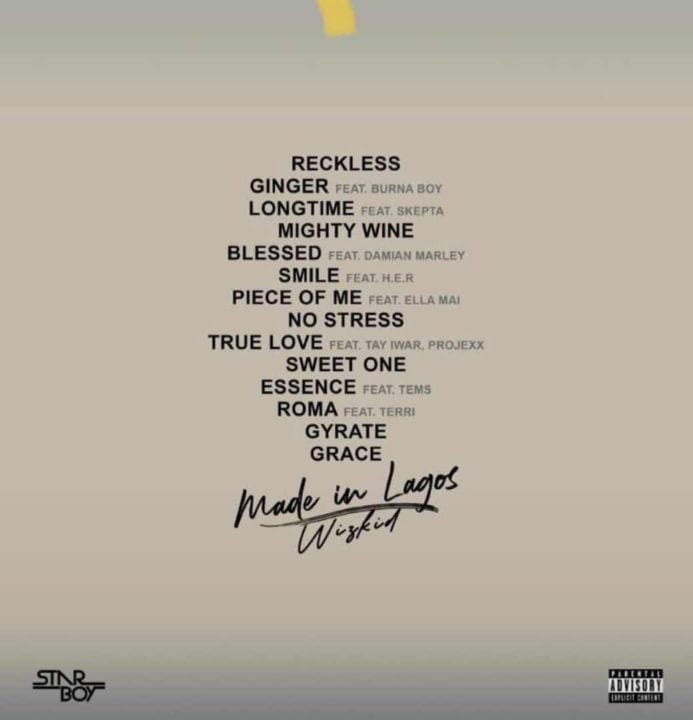 Wizkid – Made In Lagos Tracklist