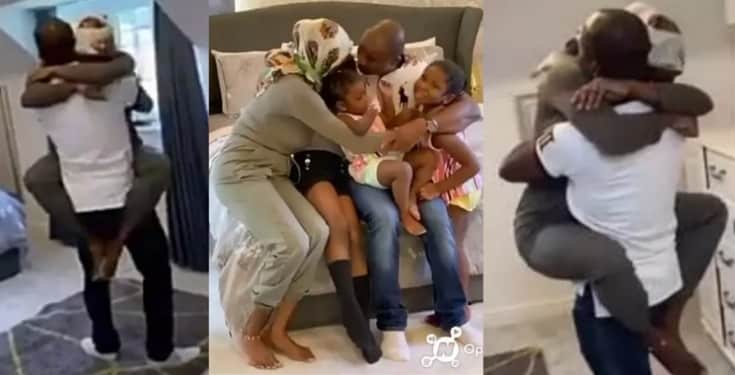 A video making the rounds on social media has shown the moment a medical doctor who has been away for some time, received a heartwarming welcome from his family after returning from the field.

The young man who’s reportedly a medical doctor in the United States of America, since the beginning of the coronavirus outbreak in the world, has been away from home, and only communicates with his family via telephone. 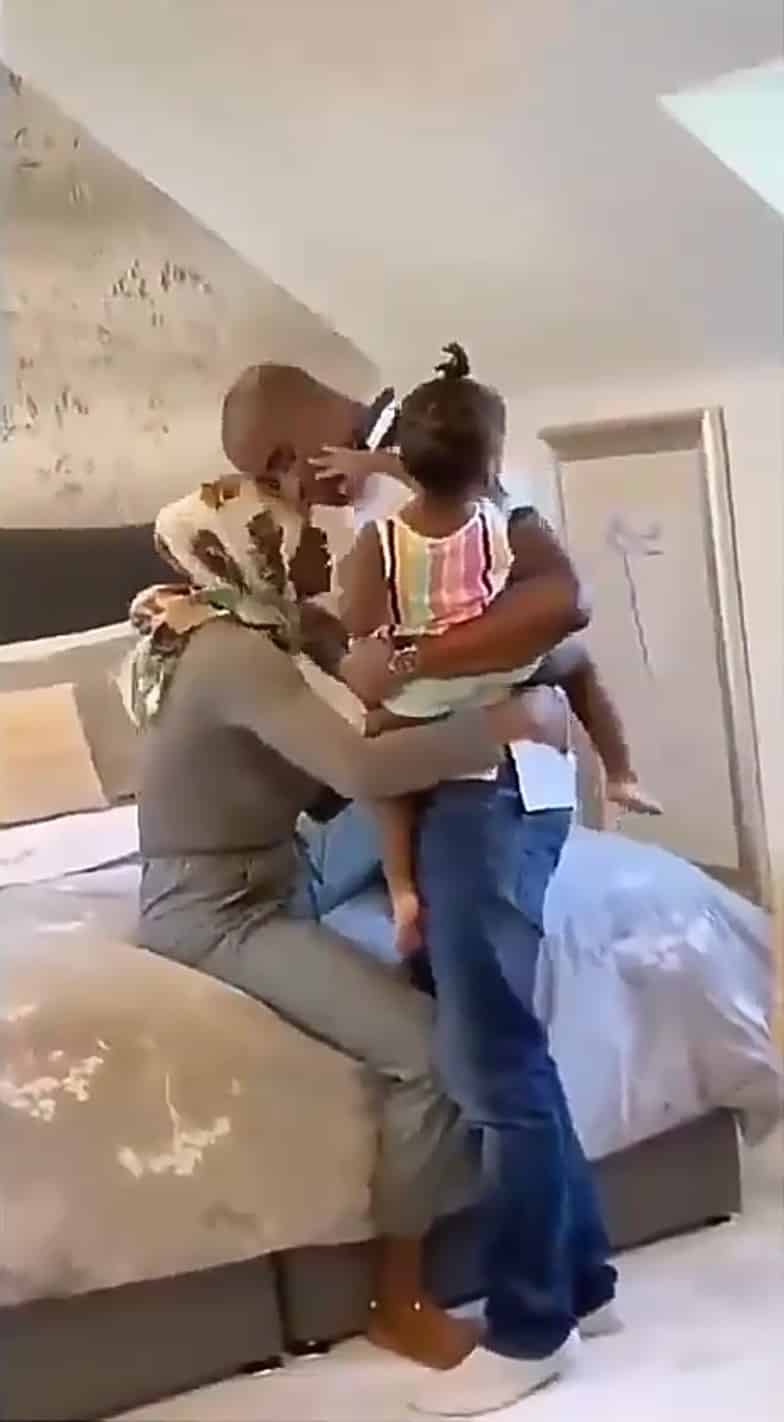 A colleague agreed to take over his duties for sometime, and he decided to use the opportunity to surprise his family.

He’s married with three beautiful daughters, as seen in the video.

The moment he climbed the staircase and opened the door leading the room where his wife and kids are, his first daughter was the first person to notice him. She screamed and hugged him tightly before his other kids came along.

After allowing him hug his children, his wife also jumped on him like a baby.

Previous Makinde claimed he called me but he never did, we will all die one day
Next Toyin Lawani “educates” men who are angered by her statement that women are taking over and men will wash plates (video)