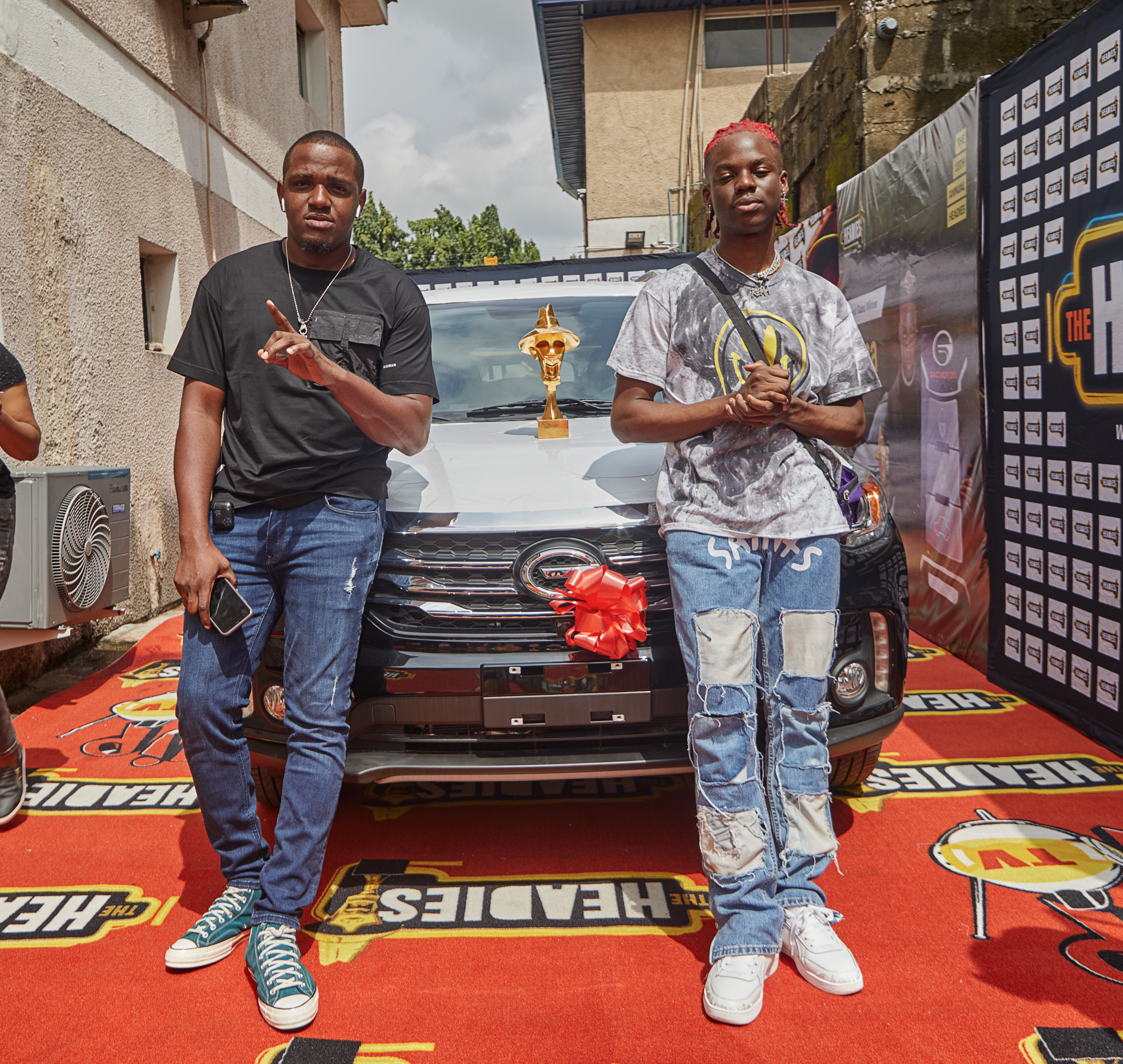 Rave of the moment Divine Ikubor aka REMA alongside his manager Super Sean were all smiles as they stormed the  office of the HEADIES AWARDS organizers to pick up the car gift associated with the NEXT RATED CATEGORY which  the dumebi crooner won last year October. 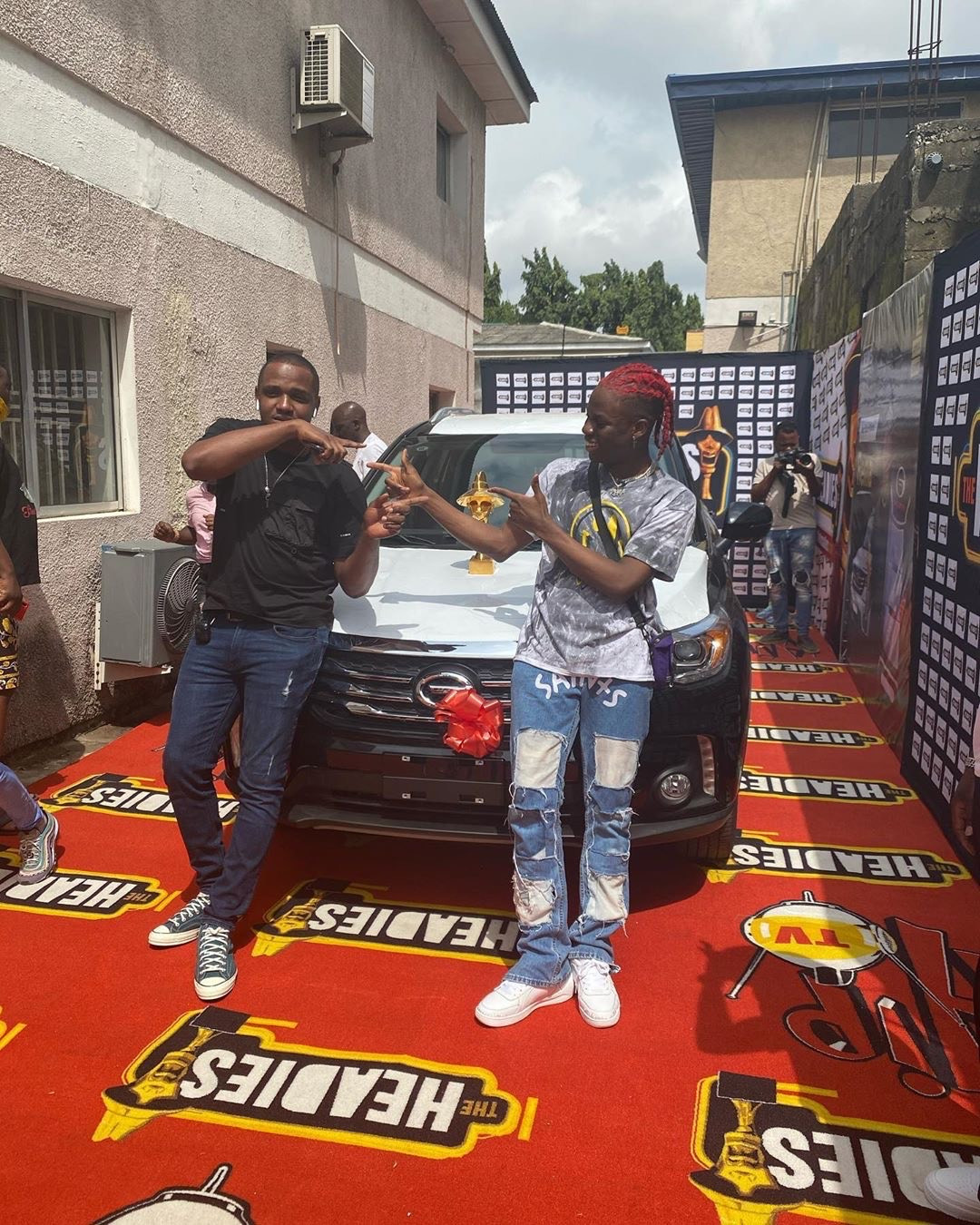 The super star kid was quiet and filled with joy while his Jonzing World manager Super Sean a PR Exec & event producer expressed deep appreciation that his artist has continued to prove to the world indeed that he is the next rated artiste out of Africa,,, just like the artiste has been telling the world that he is the FUTURE!!

Previous “Musically good” – Paul Okoye hypes his little daughter, Nadia as she shows off her rap skills (Video)
Next Yvonne Orji – “Momma, I made it” is a Breath of Fresh Air, on DStvPremium