The Nigeria Police Force has sealed the national secretariat of the All Progressives Congress in Abuja on the orders of the Inspector General of Police, Mohammed Adamu. 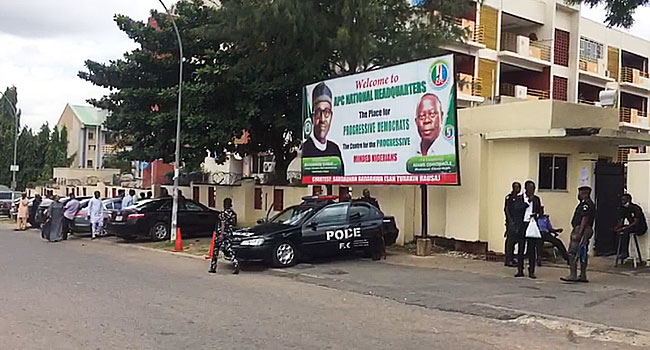 Officers stormed the party headquarters on Tuesday afternoon and directed staff and journalists who were already in the building out.

A few journalists were later allowed in under the condition that they would not to conduct any interview inside the party secretariat.

The party’s leadership crisis took a new turn after an appeal court in Abuja upheld the suspension of Adams Oshiomhole as national chairman of the APC.

Abiola Ajimobi, former governor of Oyo state, had been named acting chairman of the APC but Victor Giadom, deputy national scribe of the party, kicked against it, declaring himself the acting national chairman.

He subsequently nullified the disqualification of Godwin Obaseki, governor of Edo, from the party’s governorship primary.

The panel on Edo election had screened out Obaseki for allegedly presenting defective certificates.

Meanwhile, the embattled National Chairman, Oshiomhole, says he has accepted the verdict of the Court of Appeal which upheld his suspension. 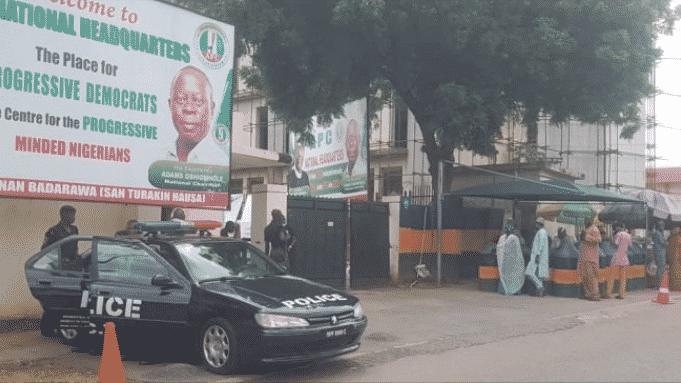 On Friday, The National Agency for Food and Drug Administration and Control (NAFDAC) disclosed that …