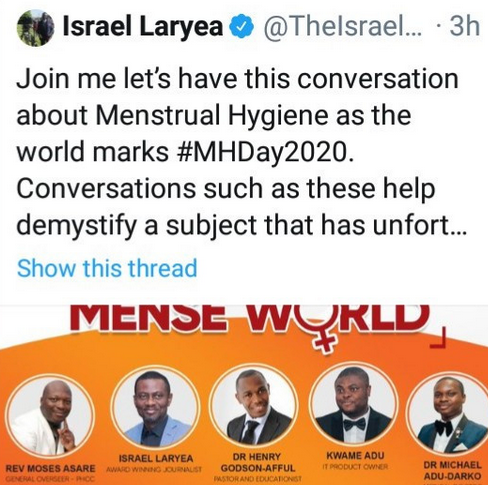 Twitter users have slammed the organisers of a Facebook Live discussion after 5 men were revealed as members of a panel to discuss menstrual hygiene and no woman was involved.

The discussion is tagged “It’s a Mense World” and those who will be contributing to the online discussion are all men. To make matters worse, the men aren’t health experts. Only one member of the panel is a medical doctor. One is an “IT product owner, two are pastors and one is a journalist.

Twitter users accused them of mansplaining and called them out for excluding women from a conversation that is all about women and doesn’t affect men. Some pointed out that of all the men involved, only the medical doctor is qualified to discuss women’s bodies.

Announcing the discussion on Twitter, Israel Laryea, a journalist who makes up the panel, wrote: “Join me let’s have this conversation about Menstrual Hygiene as the world marks #MHDay2020. Conversations such as these help demystify a subject that has unfortunately been made a taboo. #PeriodsDontStopForPandemics.”

After they were called out, Israel shared more tweets, explaining the decision to have only men on the panel but that still didn’t go down well with people and they asked why at least one woman couldn’t be included.

He wrote: “I can understand why most of you are reacting to this post the way you are. You believe it’s a private conversation for women. But that is exactly why boys/men would mock and ridicule girls/women who may soil themselves during menstruation. Join the chat.

“We’re not experts on menstruation. We have wives and daughters and sisters who suffer silently during their periods. Mense World is talking about it this way to change the narrative so they can get help. There was an all-female panel yesterday.” 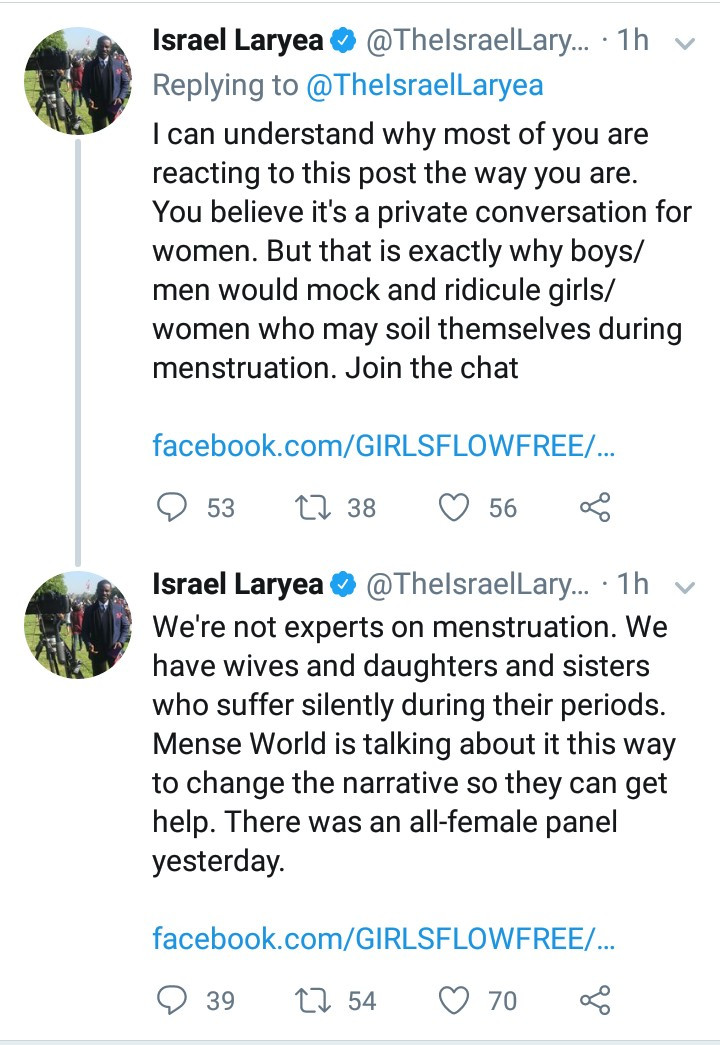 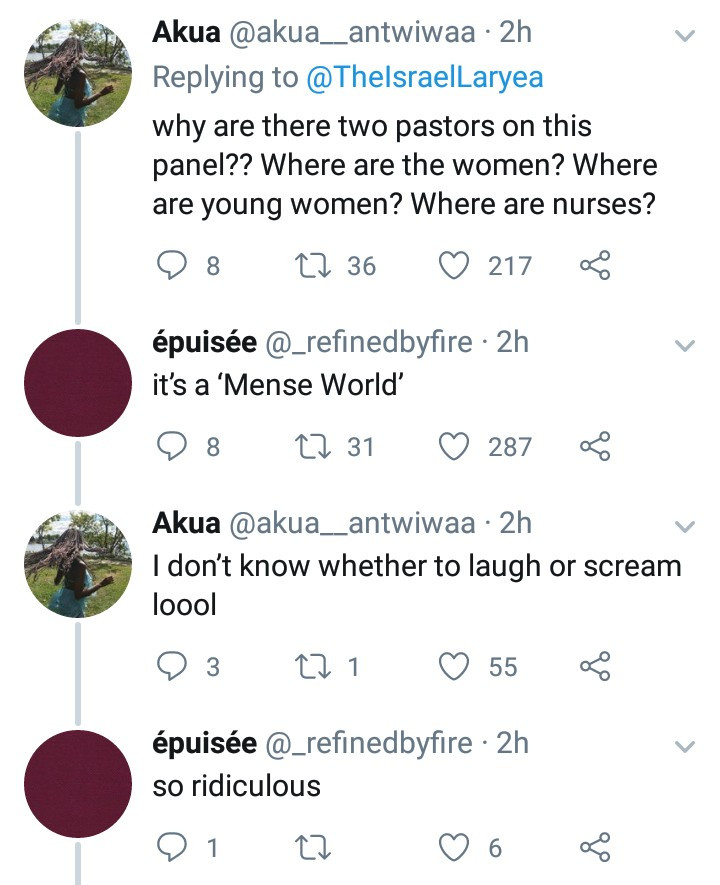 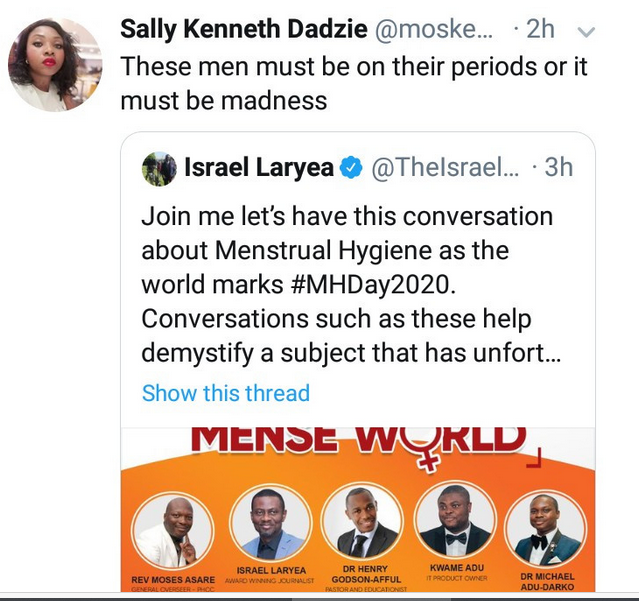 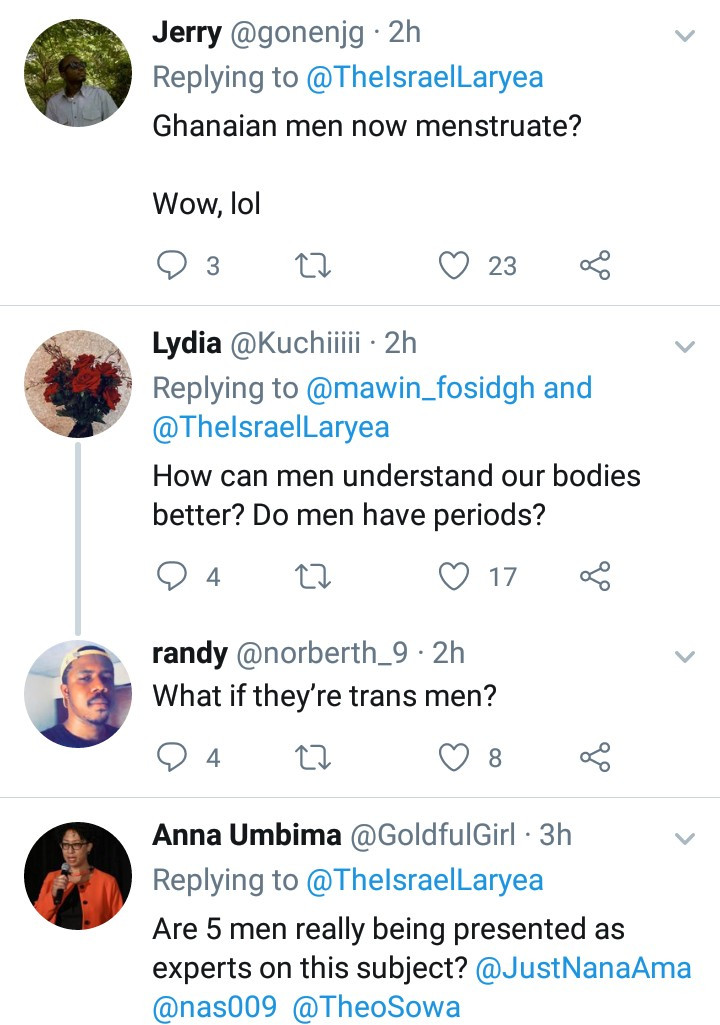 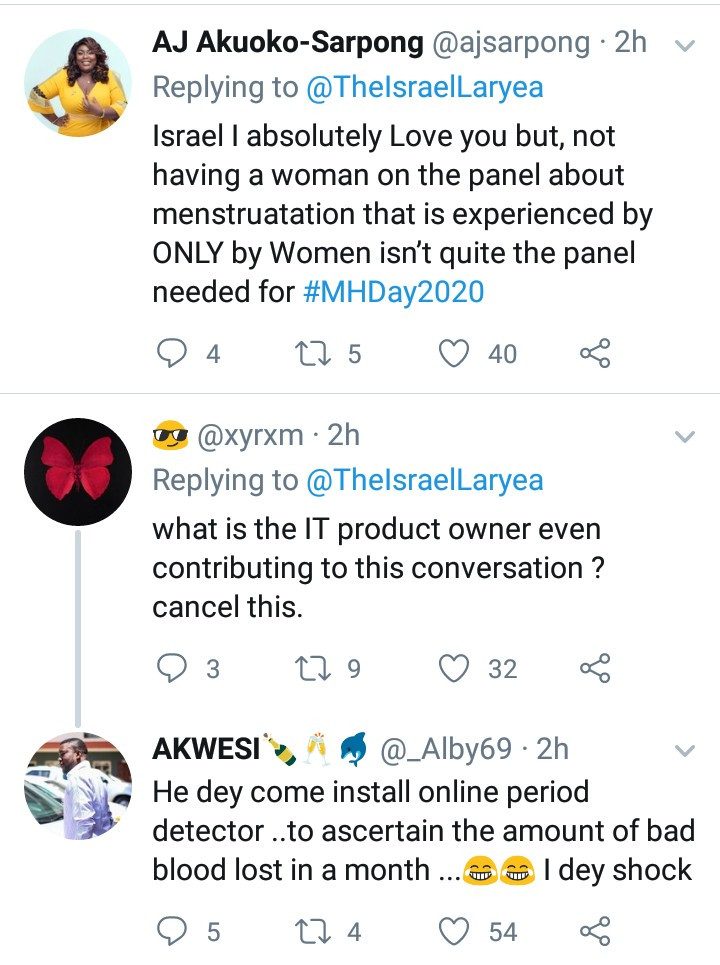 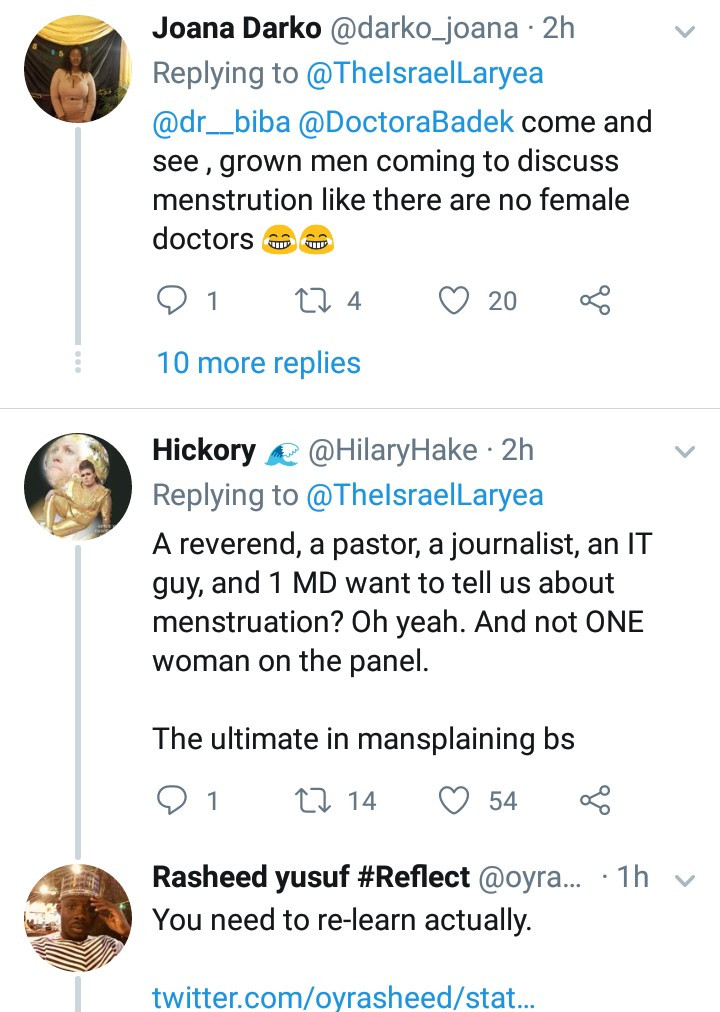