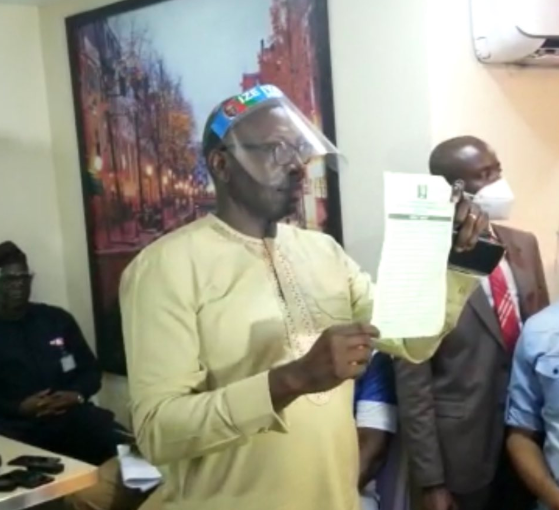 Osagie Ize-Iyamu has emerged the Edo state APC Governorship candidate after the Direct primary conducted today in the State.

Senator Hope Uzodinma the Chairman of the Election Committee announced Ize-Iyamu as winner after the primary was concluded. He said Ize-Iyamu pulled a total of 27,838 votes to defeat Dr. Pius Odubu who scored 3,776 and Osaro Obazee who got 2,751 votes.

Ize-Iyamu is the preferred candidate of suspended National Chairman of the party, Adams Oshiomole.