A Nigerian man identified as Adesoji Odumosu  has recounted what his went through while trying to have a baby. He went to say that not everything is spiritual as he advise people seeking for the fruit of the womb to seek the counsel of a doctor. 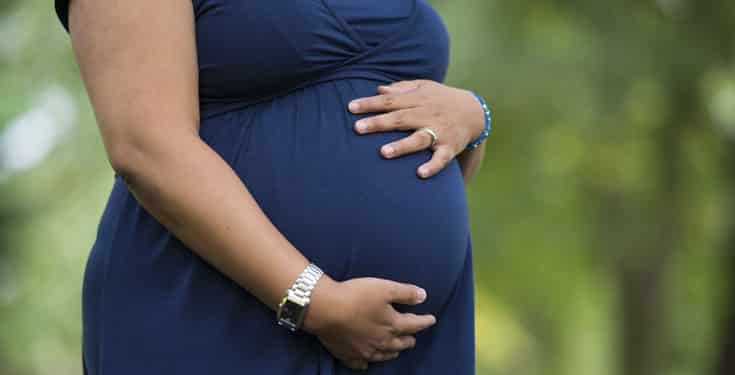 “When I got married, I wanted to have the first year atleast to just myself and my wife, didnt allow visitors around even my own family including my mum. I wasn’t trying to get my wife pregnant for that reason but she low key wanted it and was getting worried she isn’t.

Tests shows she has PCOS and she needed to change her diet to increase her chances of getting pregnant. She’s that person that can eat Rice morning, noon and night and not get tired of it but she had to cut it, carbs generally. So we started eating healthy.

Its been less than 6months, but my mum as most mothers will call her every day to pray for her that she gets pregnant and have babies at every opportunity she gets, even my sister calls her iya ibeji. At this point she started crying whenever her period comes. Nw I’m concerned.

Love making which is supposed to be a special thing became a chore, an activity that has to be done at a particular time to achieve a desirable result. Now she’s sad, so I’m unhappy. Even if I didn’t think there was a problem and wasn’t ready to have kids yet I was concerned.

My mum visited her brother who is a Cele pastor and a female “prophetess” came in and my mum told her to pray for her Children and her son’s wife so she gets pregnant and have kids. That was the beginning of the problem. My mum called me to tell me what the prophetess said.

“She said, she’s not ready to get pregnant, she can’t, she has a spirit something, ask her if she dreams about carrying a baby and all sort. I know you don’t like all these church and mosque spiri things but for her sake, speak to her, or you want me to?” Told her not to worry.

The solution was simple, buy some certain things, fruits etc and she doesn’t even have to come, she (my mum) can help her do it over there. Discussed with my wife and she denied dreaming about any baby and stuff and feels she’s too strong a Christian to have spirit anything.

So I let her know its her decision to make and I’m with her. This despite me not in support of extras from religious head such as soap, water or anything. Even tho she wanted a child badly and its a church thing (offering), she passed and continued the healthy lifestyle.

The next month, she’s still not pregnant. The month after, same. I looked back at both months and saw that its during her ovulation we fight and made love on days that doesn’t count. Could it be the spirits making us fight on those days? Now I’m getting worried.

Doctor said her hormones balanced and she’s supposed to get pregnant. Suggested I check myself, so I got the test kit. Shit is getting real. I don’t have a problem with adopting but will it be the same for my wife. Will they let her be and not talk about her. Questions Questions.

My father had 30+ kids, had me at 60, all my brothers have 4+ kids I’m sure pikin plenty for my body. Would you just call mumsy and have her go meet the prophetess and do it. Her answer was No. In my mind, I’m kuku not ready yet and don’t care about it that much so I can wait.

Few days later, she woke up crying She can feel her period coming. We were going to my hometown for the Ileya festival and she’ll be meeting a lot of people who expects her to be pregnant already. I prepared my mind to tell them I’m not ready to have kids.

I know there will be some to laugh at my decision of getting married to her without getting her pregnant first like the rest of the guys in the house do. I decided to do things the right way and I’ll stand by my decision any day of the week. So bring it on.

Her sister got her urine sample as we got ready to go OT just to double check as she expects her to get pregnant this time. We got to Epe and received a call that her pregnancy test came out positive. Just as we prepare to face this annoying questions and suggestions from family.

Every question, suggestion, tease and opinion got a smile in return as we got the good news already. Didn’t tell anyone even my mum and waited 2 months to break it to her. I let my wife do it herself. Then I called my mum and had a good long convo and she listened.

Every mother will care and go any length for their kids, but sometimes trying to fix what’s not broken exposes the children to danger. There are prophets with gifts like her brother who told her at the ileya she’s pregnant and he can see kids all around her but most are false.

The info you supply them is what they repackage and give you back to exploit your fears and worries. If she agreed, we would have done it and still get pregnant at the appropriate time and attribute it to whatever was done. I would never look at her thesame even tho I love her.

In summary, not everything is spiritual, sometimes you just need to see a doctor. If you believe in God, have faith in him to do things without doing more than fasting & prayer, he won’t let you down. You can talk to God yourself and he’ll answer, we all have that grace.

Be the support system she needs and put nobody above her, they deal with a lot. Your mother wants the best for u doesn’t mean you have to compell ur wife to do what she says against what u or she believes. Mothers can’t stop loving you but ur wife can if you don’t have her back.

I pray the almighty makes it easy on all looking for the fruit of the womb and give them the courage to say NO to all sort of stuff that might harm them that people around them might give to them to use or consume. That leads them to serving a prophet instead of God.

I have a very close friend who said the only thing she hasn’t eaten is her own shit. Places she’s gone to, things she’s done just cos she won’t say No to the hubby’s folks. Now the guy’s left her for another woman and she has to reverse and nullify all fetish things done to her

May the almighty not test our faith. Amin.”