Nigerians react to video of Hushpuppi’s arrest alongside others

Hushpuppi is currently the number one trending topic on Nigerian Twitter after Dubai Police released a video explaining how they arrested Hushpuppi, Mr. Woodberry, and their alleged cybercrime gang  in an operation dubbed Fox Hunt 2.

According to Dubai Police, the gang used to hack corporate emails and send fake emails to corporate customers to change money transfers to the gang’s personal banking accounts.

Dubai police accused Hushpuppi and his cybercrime squad of defrauding over 1, 926,400 victims of $435.6 million. They seized $40.9 million in cash and more than a dozen luxury cars in the arrest.

Nigerians have taken to Twitter to react. Many praised Dubai Police for their thorough investigation which led to the arrest of Hushpuppi, Mr. Woodberry, and their cybercrime gang.

Read their tweets below. 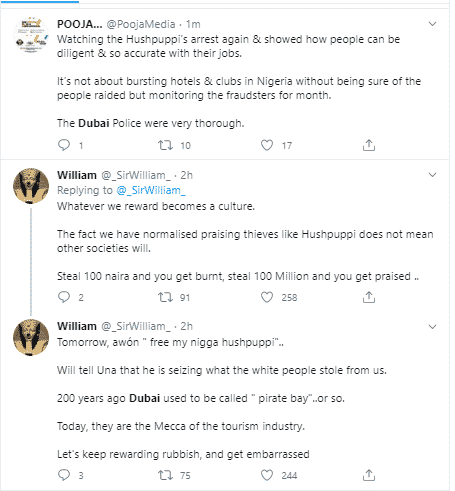 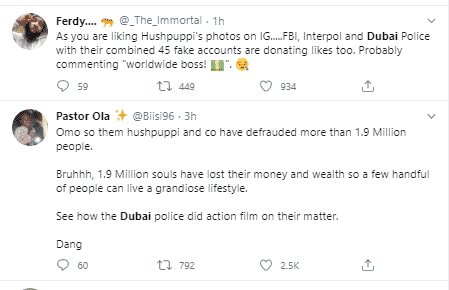 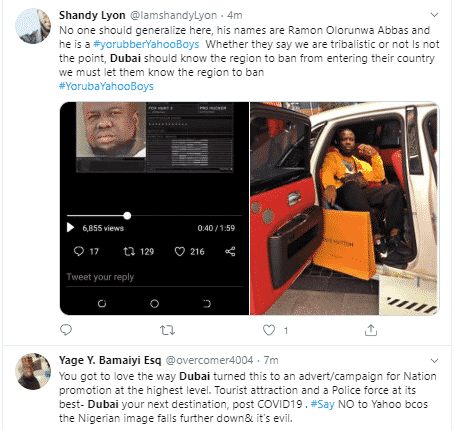 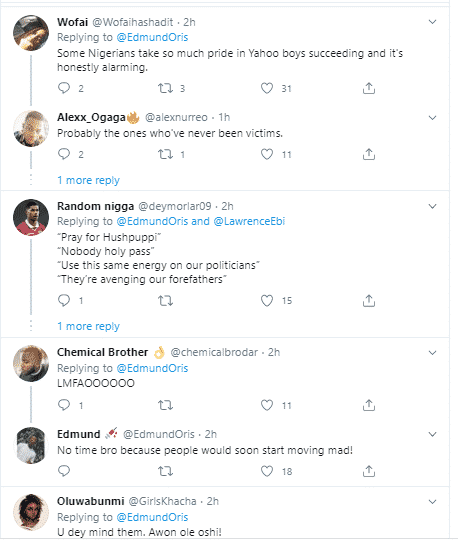 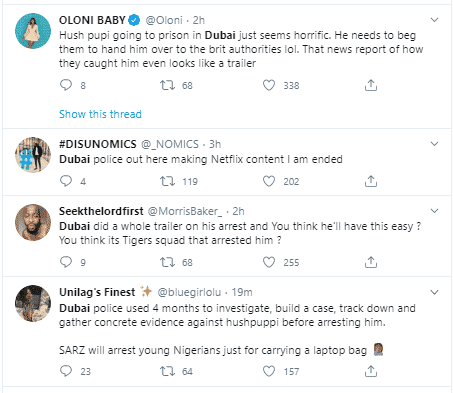 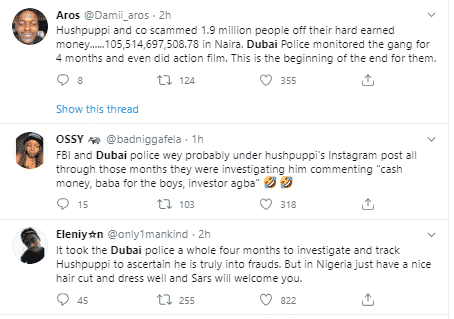 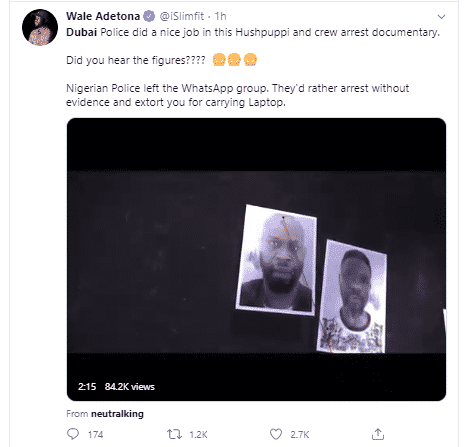 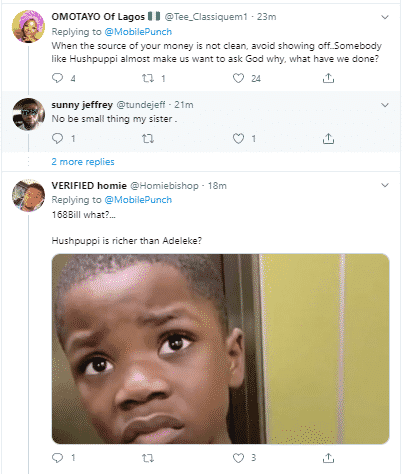 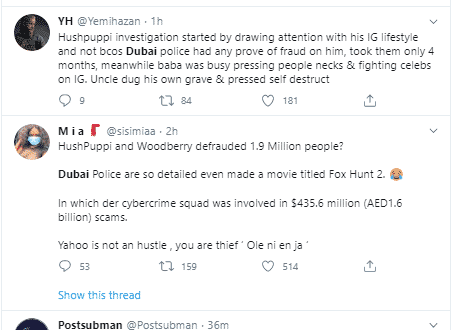 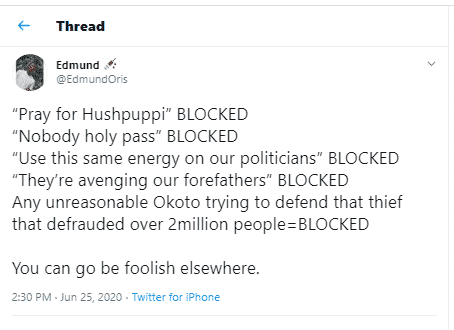 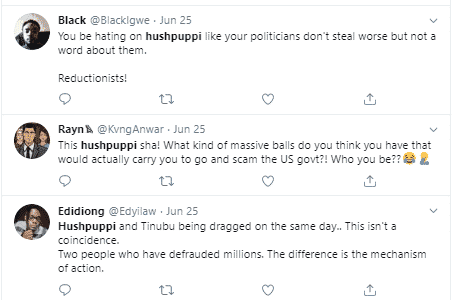 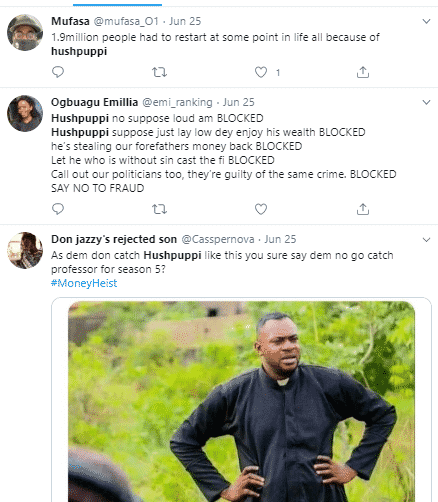 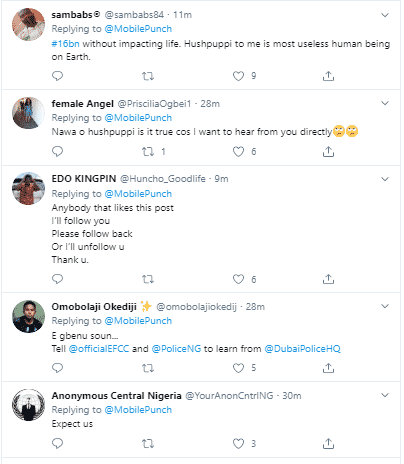 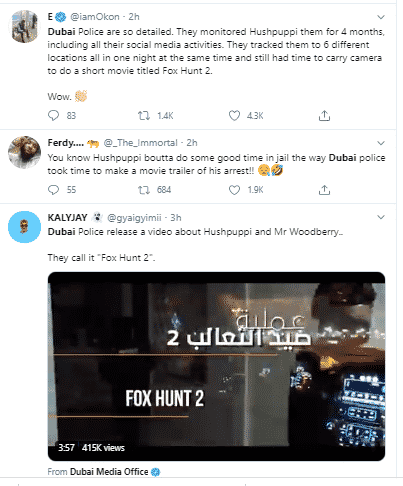 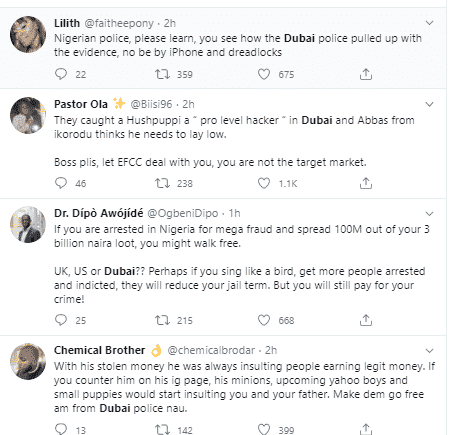 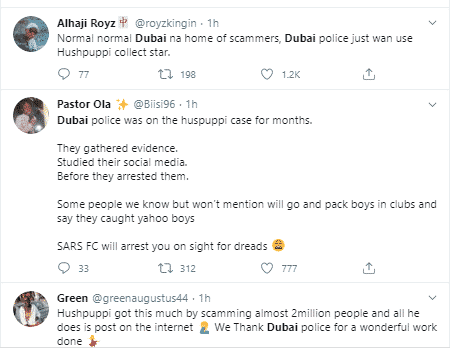