Man reveals what he did when he ran into M.I while jogging in the morning

A man has taken to social media to reveal what he did when he ran into popular Nigerian rapper, M.I while jogging in the morning. 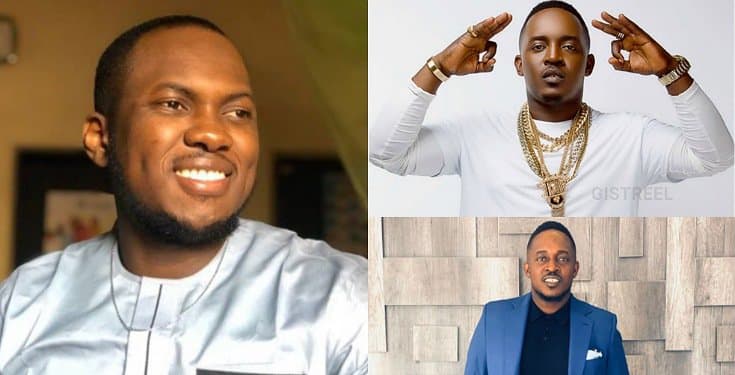 According to the Twitter user with the handle @Olagoke__, he was on an early morning exercise jogging his usual route when he suddenly bumped into famous Nigerian rapper, M.I Abaga who was also jogging. 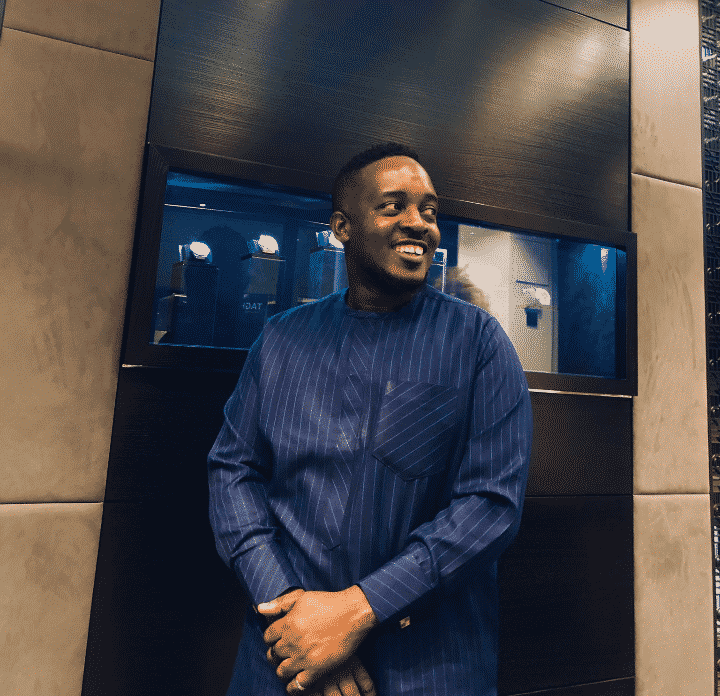 Kevin then found away of greeting “the young legend” as he described him.

He revealed that after “hailing” M.I, an unusual energy entered his body, a rare feeling he got as fan who just accidentally bumped into his music idol. 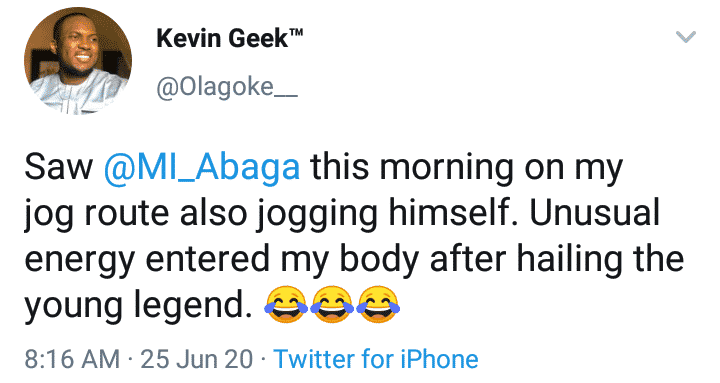 Sharing his experience on the Twitter app, M.I simply laughed over it and revealed that it was good to see him too. 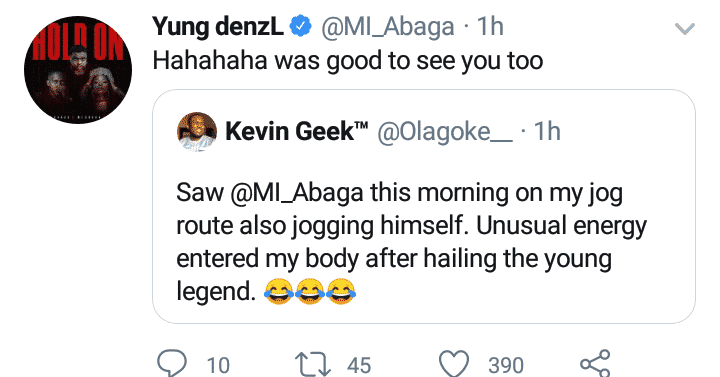 Surprised that M.I actually goes jogging in the morning, fans took to the reply section to plead with the Twitter user to tell them his jogging route so they too can try their luck. 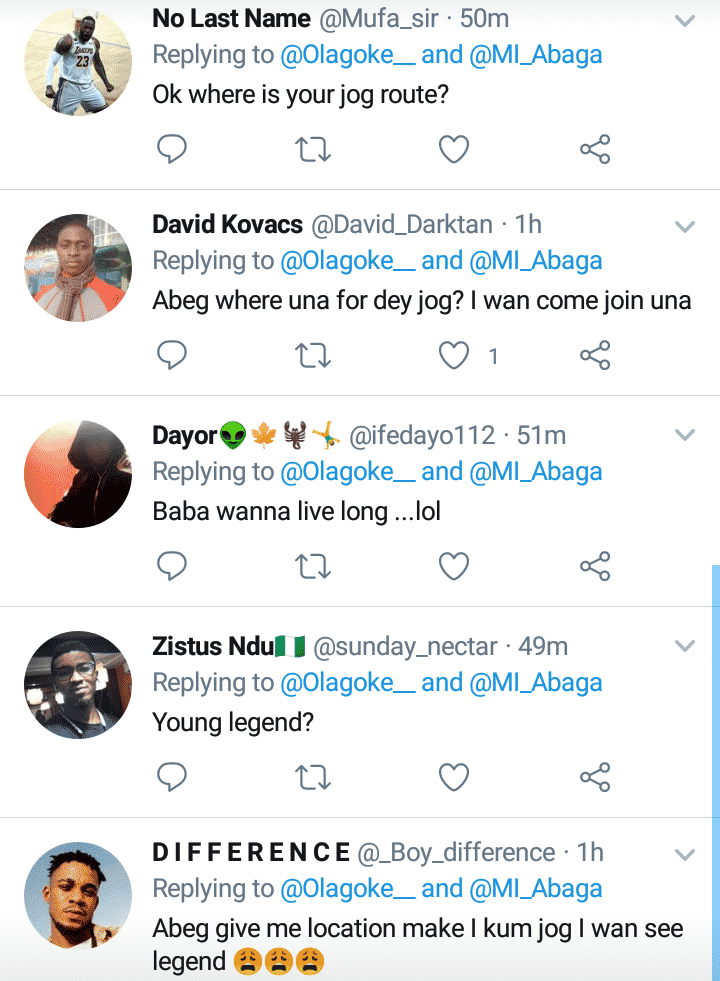