Man Kills Stepmother For Always Appearing In His Dreams

A Magistrate Court sitting in Ebonyi State capital Abakaliki has remanded man in a correctional facility for allegedly killing his stepmother. 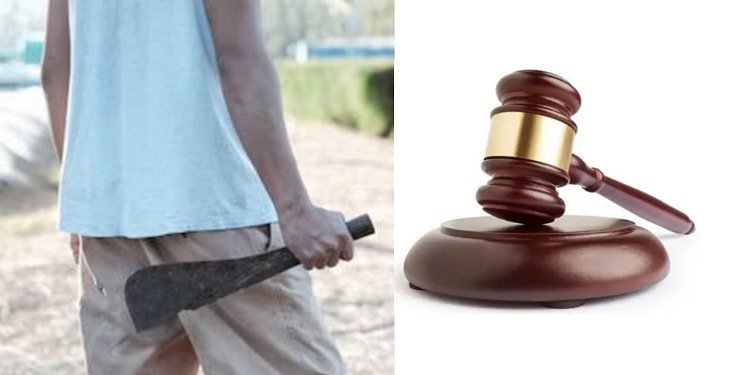 It was reliably gathered that the 38-year-old suspect, Elom Maduka was said to have complained that his stepmother, Augustina Odio was always appearing in his dreams and telling him that she was responsible for his lack of progress.

Elom then trailed his stepmother to her farm and landed severe machete blows to her head and legs leaving her dead.

According to PUNCH Metro, the suspect committed the offence at Amohu village, Ezillo community, in the Ishielu LGA of the state.

The accused was arraigned on one count of murder on Friday June 19.

The police prosecutor, ASP Mathias Eze, told the court that the offence was punishable under Section 319 (1) of the Criminal Code, Cap. 33, Vol. 1, Laws of Ebonyi State of Nigeria, 2009.

The charge read, “That you, Elom Odio Maduka, on June 12, 2020, at the Amohu Ezillo community in the jurisdiction of this honourable court, did cause the death of one Augustina Odio, 50, by inflicting machete cuts on her head and legs, thereby committing an offence punishable under Section 319 (1) of the Criminal Code, Cap. 33, Vol. 1, Laws of Ebonyi State of Nigeria, 2009.”

The accused was not represented in court by a counsel, thus no bail application was made on his behalf.

Chief Magistrate Nnenna Onuoha directed that he should be remanded in the Nigerian Correctional Centre, Abakaliki, while his case file should be transferred to the Director of Public Prosecutions in the state for necessary legal action.

The court hearing was adjourned till July 15, 2020, for report of compliance.

Your Narrative Is False, Handiwork Of Dark Forces – Nigerian Army Reacts To The Economist Article That ‘Exposed’ Its Officers