Zamfara Spent N4.8Billion On Government House, Nothing On Capital Project For Education—Report

An abusive husband has broken the hand of a lady who was preventing him from beating his wife, and has allegedly bribed Lagos police to pervert justice. 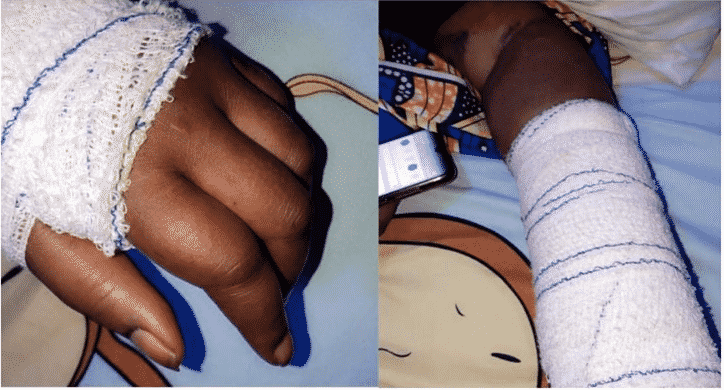 According to the lady, Mogbonjubola Awofolu who shared her story on Instagram, the man, Tobi came to her house to beat up his wife, when she tried stopping him, he carried her dressing mirror and threw it at her, and she got a broken wrist.

She also alleged than the man went to the police station to bribe them before she went to report the case. Read her story below…

“On Friday 19th of June 2020 ,A particular guy named Tobi came to my house to beat up his wife in my house, precisely my room ,the wife is my goddaughter and that wasn’t her first time of coming to my house with his consent even with their children , throughout the lockdown for 2month his wife and children was in my house,on that faithful day he said she was rude to her and she wanted to discipline her ,I told him it can’t be in my house and presence that you will be beating your wife even if you have being doing that.the next thing I saw was that he carried my dressing mirror stool and told me if I interfere that he was going to do what I won’t like to me .the next thing I saw was that he threw it at me and my wrist got broken and he still wasn’t remorseful he had to kick that same hand with his legs again , people inside was telling him to look at me that am injured he said he care less,instead of him begging he was bragging that his a cultist and he can kill me ,I told him I will get him arrested and he did if it’s in ikorodu I can’t get justice .I got my self treated and the next day which was on a Saturday I went to report at Igbogbo police station and he was already there bribing a particular police woman named bukky and they only told me to write statement and gave me a paper to take to the hospital.the atmosphere at the station was bad becos he knows them there .when he left the station he called me again to tell me hasn’t he told me I won’t get justice.now haven’t slept for 3days am in serious pain .he now dropped 12k for a lady that I should go and treat my self which I told the lady I won’t collect that all I want is justice.” 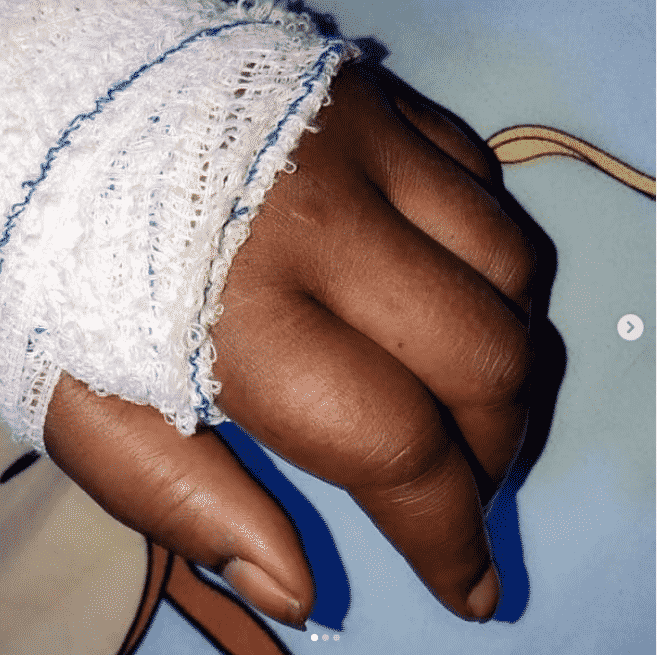 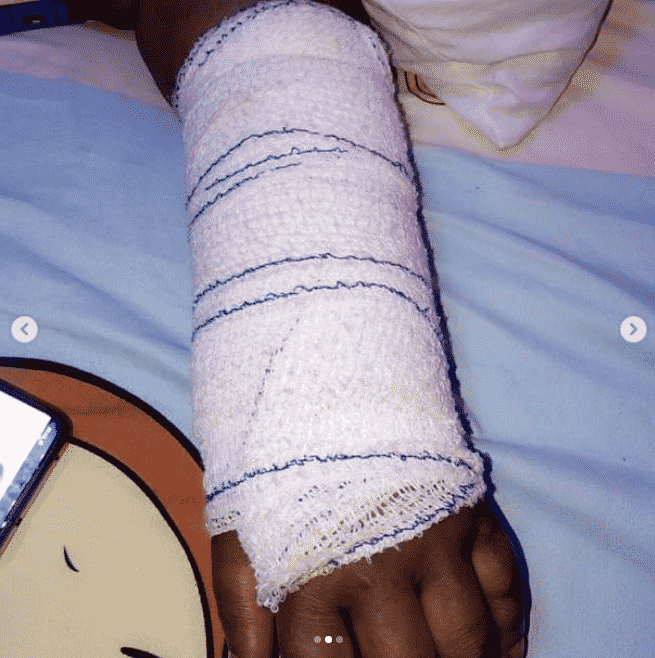 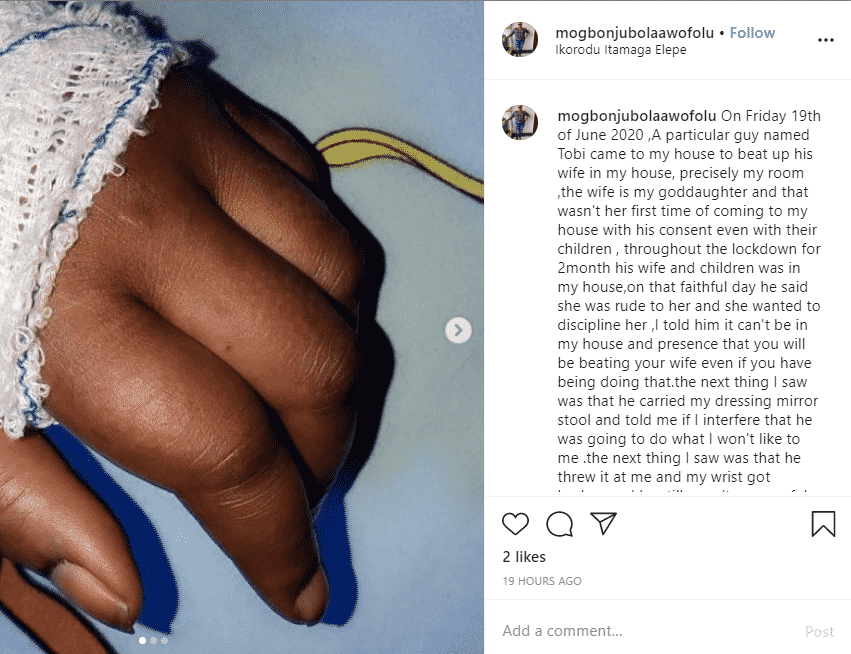