‘It is over for Tinubu, he has been retired from politics’- FFK reacts to Buhari’s recognition of Giadom as acting APC chairman 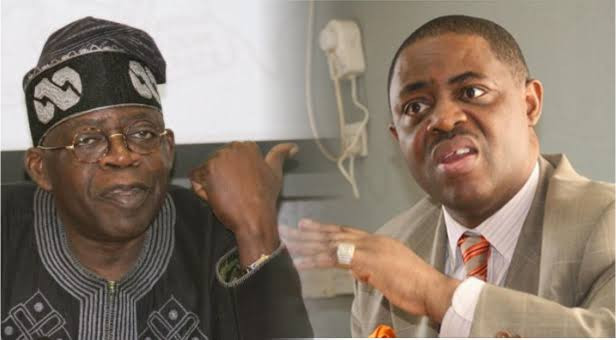 Former Minister of Aviation, Femi Fani-Kayode, has reacted to President Muhammadu Buhari’s recognition of Victor Giadom as the acting Chairman of the All Progressives Congress (APC).

On Wednesday the presidency announced that Giadom has gotten the approval of president Buhari and will preside over APC’s virtual National Executive Council (NEC) meeting on Thursday June 25, as the party’s chairman.

President Buhari who spoke through his spokesperson Garba Shehu, said he will attend the NEC meeting because “the law is on the side of Victor Giadom as Acting National Chairman.”

The president explained that he has received “very convincing advice” and will hold a virtual meeting with Giadom.

Taking to his Facebook page to react to the new development, FFK said that All Progressives Congress stalwart, Bola Tinubu, has been “retired from politics and thrown under the bus” by the President.

“First, Oshiomhole was kicked out by the Court of Appeal. Then his preferred replacement, Abiola Ajimobi, falls into a coma. Then his archrival, Giadom is recognised by Buhari as acting national chairman.

“Conclusion: It is over for Tinubu. He has been thrown under the bus and retired from politics.” he wrote on Facebook 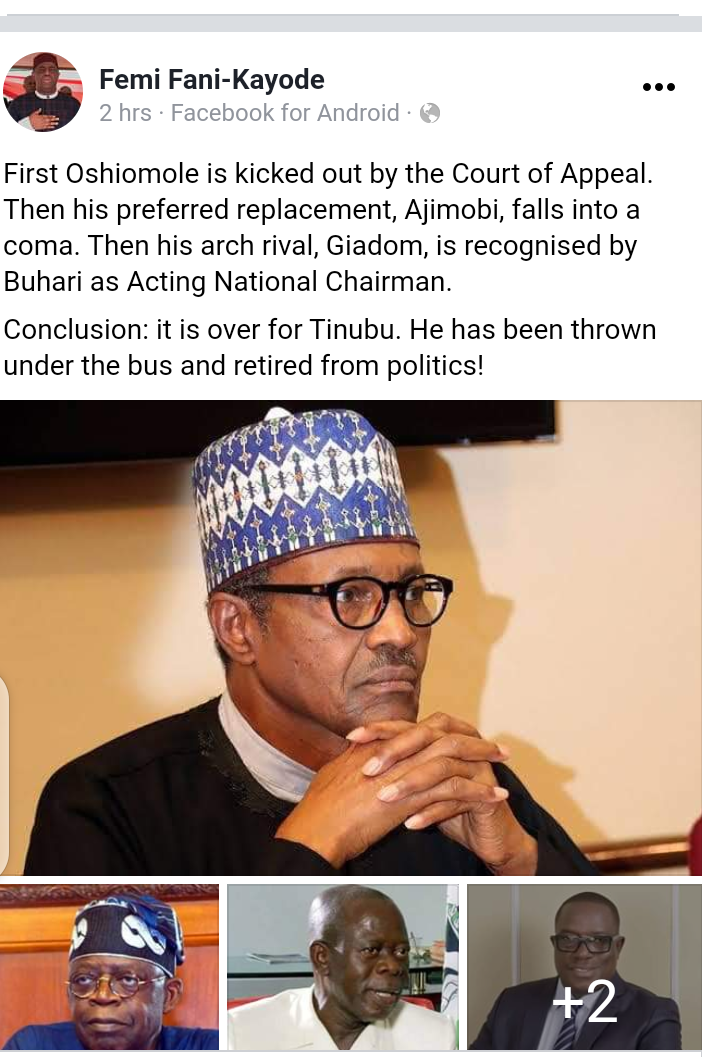 Previous Anna Ekeledo of AfriLabs is Our #BellaNaijaWCW this Week!
Next Check out what Nollywood ‘Bad Boy’ McMorris Ndubueze now looks like (Photos)