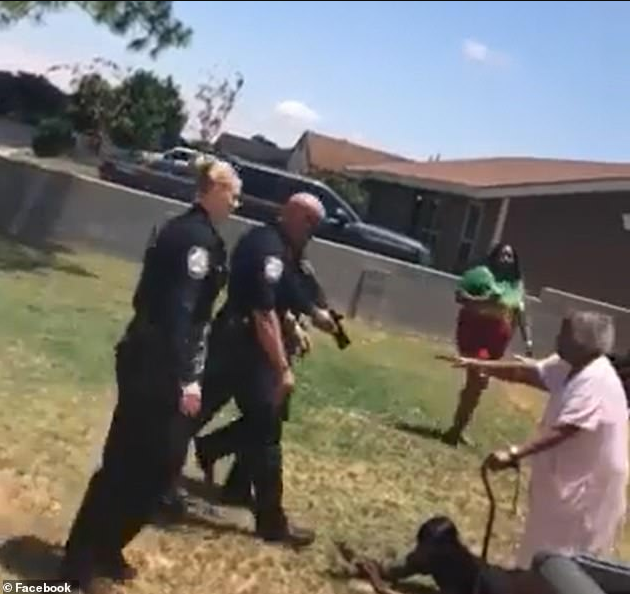 Terrifying footage has emerged showing the moment numerous cops drew guns on a young Black man in the presence of his family and his 90-year-old grandmother.

The 21-year-old Black man was visibly scared when several Texas cops pulled guns on him and repeatedly screamed, “Show me your hands”  even though he was already showing them his hands.

The incident happened on May 16 in Midland, Texas, but video of the arrest started circulating recently. It’s going viral now following George Floyd’s death after a cop knelt on his neck for almost 9 minutes in Minneapolis.

The young man’s name is Tye Anders and the video shows him get out of his car after pulling into his driveway. He immediately puts his hands up and begins repeatedly asking the police why they stopped him. They told him he ran a stop sign and started shouting for him to put his hands up though his hands were up already. 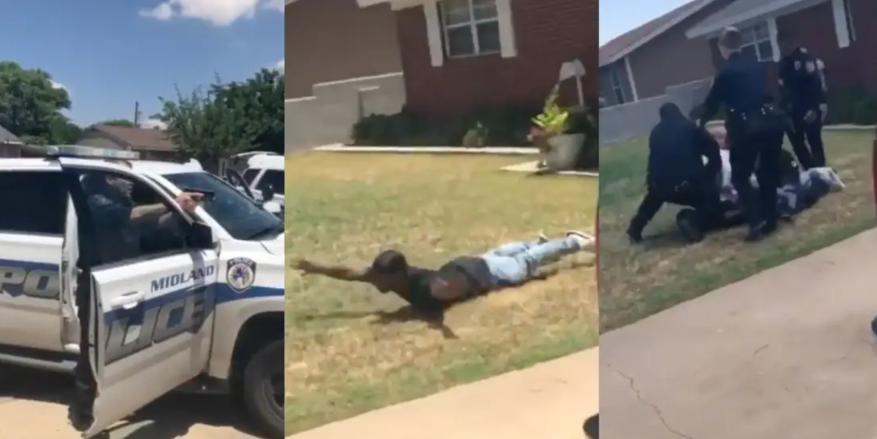 At some point, Tye’s family and neighbors are heard telling the cops that their actions are making Tye scared for his life.

“I’m scared,” Tye screamed as the cops aimed at him as though he had committed a major crime.

Tye even dropped to his knees and laid on his stomach with his hands out yet the cops kept screaming orders at him, making him panic and cry in fear.

His 90-year-old grandmother later comes out and tries to protect her grandson.

As she moves close to her grandson, officers are seen moving in on him too with their guns drawn. At this point, there is a bit of commotion as the elderly woman falls.

Some reports claim she was tackled by cops but it’s been revealed that she tripped over Tye and was helped back up by cops.

Tye was ultimately arrested for evading arrest, however, the video evidence has sparked controversy in Midland and officials held a town hall meeting on Thursday, May 28, to address it.

Previous OAP Melody Blasts Mercy Eke After She Was complaining That Her Fans Are Not Supportive
Next Music: Canabia ft. Teni – Shaka