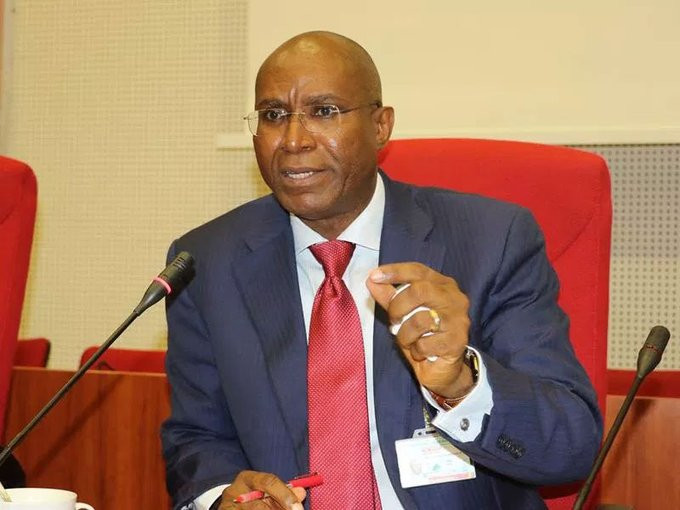 A lawsuit seeking the sack of Ovie Omo-Agege as the Deputy Senate President and Senator representing Delta Central senatorial district, has been dismissed by a federal high court in Abuja.

Ruling on the suit filed by the Incorporated Trustees of  Empowerment for Unemployed Youth Initiative (EUYI) who alleged that Omo-Agege was sentenced to jail and suspended from law practice for two years for felony involving moral turpitude, forgery of cheques amounting to $890 with which he intended to defraud the Bank of America, Ahined Mehone and Elpert Defrietas in violation of California Penal Code Section 470, Justice Ahmed Mohammed said it was an abuse of court process and meant “to annoy, embarrass and irritate the first defendant (Omo-Agege)”.

He held that the issues raised in the lawsuit which involves allegation of forgery, has been resolved in a judgement delivered by an Abuja high court on January 29, 2020.  Justice Mohammed said “it is clear that the first defendant  was not convicted as alleged.”

The federal high court judge subsequently awarded a cost of N300,000 in favour of each of the four defendants which include Omo-Agege, the Clerk of the Senate, the All Progressives Congress (APC) and the Independent and National Electoral Commission (INEC). The money is to be jointly paid by the plaintiff and their lawyers.

Previous Oluwadunsin Deinde-Sanya: If We Don’t Prioritize Investing in Educating Our Children, What Future Does Nigeria Have?
Next ”Committing crime and still having the audacity to show off”- Abike Dabiri-Erewa reacts to viral video of Hushpuppi’s arrest