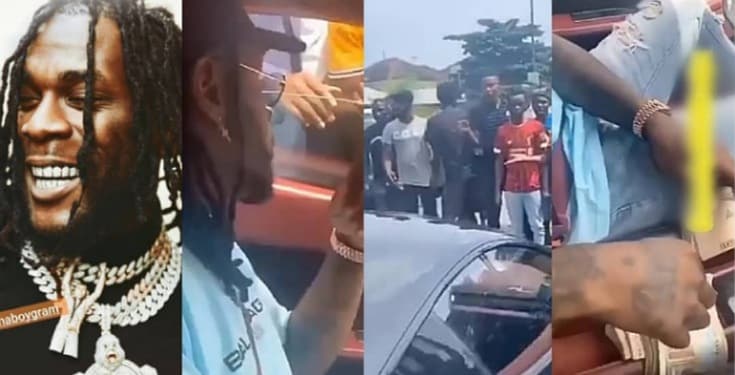 Award winning Nigerian singer, Damini Ogulu aka Burna Boy recently made some area boys happy after he made a surprise appearance and gifted them some cash.

The self-acclaimed African Giant was driving through a street in Lagos when he came across a cluster of fans that spotted him. 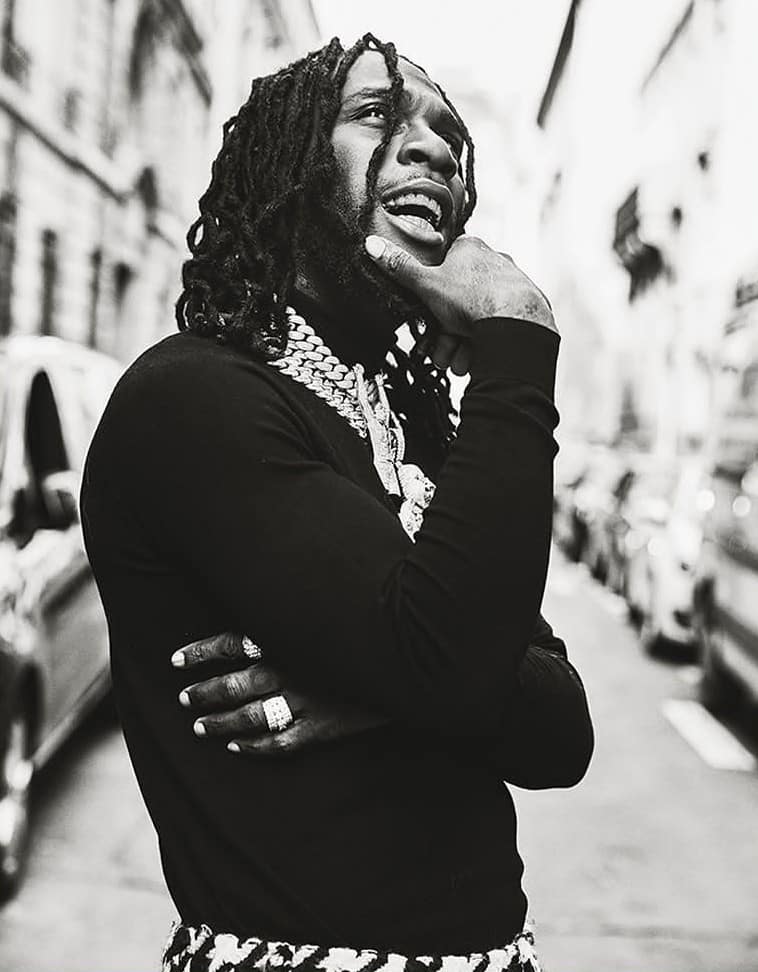 Instead of driving off, the singer pulled up by the roadside in his multi-million Ferrari ride. The fans who appeared to be over 50 surrounded the luxury car and started chanting ‘Odogwu’.

Shortly after, Burna Boy beckoned on one of them and handed over a wad of N1000 bills to him.

The singer instructed the guy to make sure the money goes round for everyone present.

Watch the video below: