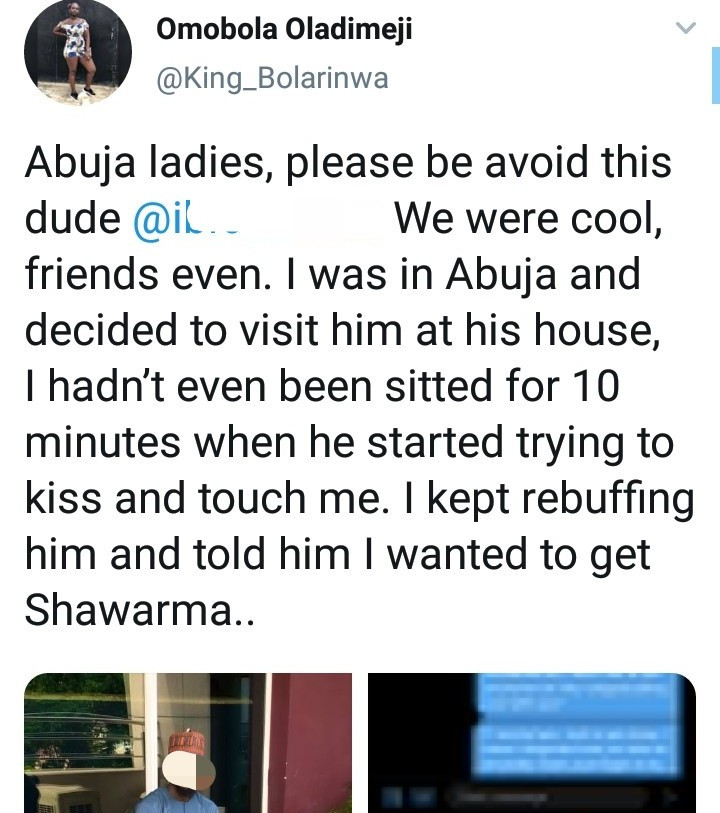 A woman took to Twitter to expose a Twitter user who allegedly tried to rape her and she released receipts as she warned women to beware of him.

She told of how she visited the man in his house in Abuja and he tried to touch her but she refused. To “rebuff” him, she told him she wanted to get shawarma so they could leave the house. However, when they got to the shawarma place, he allegedly assaulted her sexually.

She said he put his hand under her dress and tried to “forcefully put his finger in her panties.”

She also said that when they left his house, he told her that she’s lucky his mother was around, otherwise he would have raped her.

She also released her chats with him where he threatened to rape her. She released another chat where he later apologized for it after she called him out for joking about rape.

She said she didn’t plan to expose him but she’s doing it to warn other women because keeping quiet will only enable him to harm unsuspecting women.

See the tweets and receipts below. 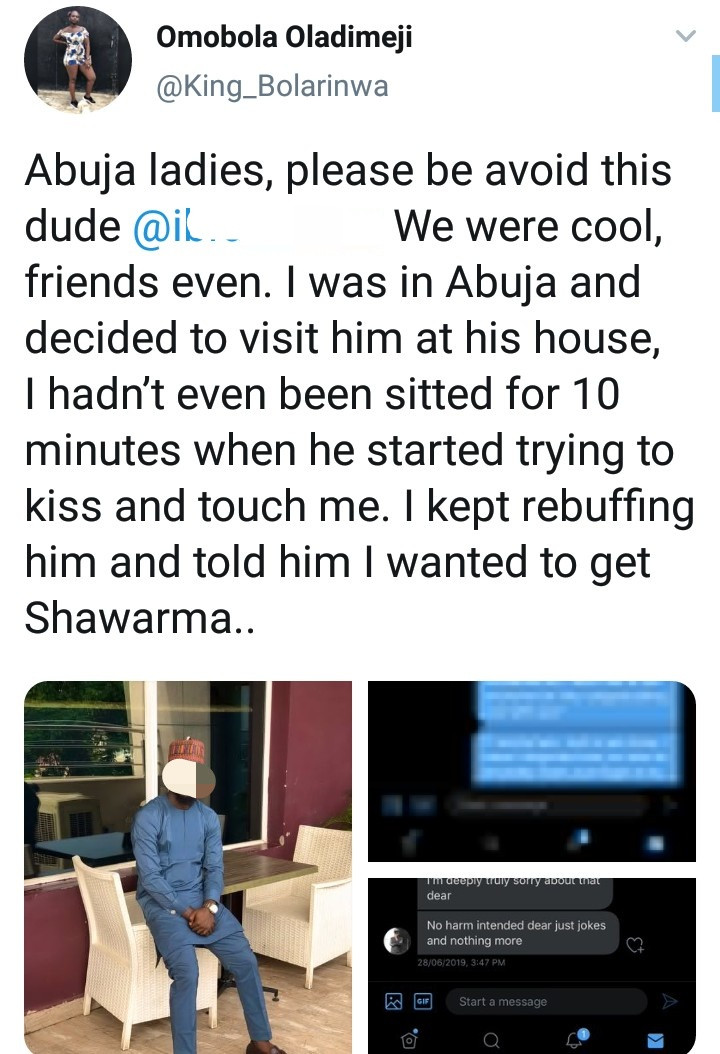 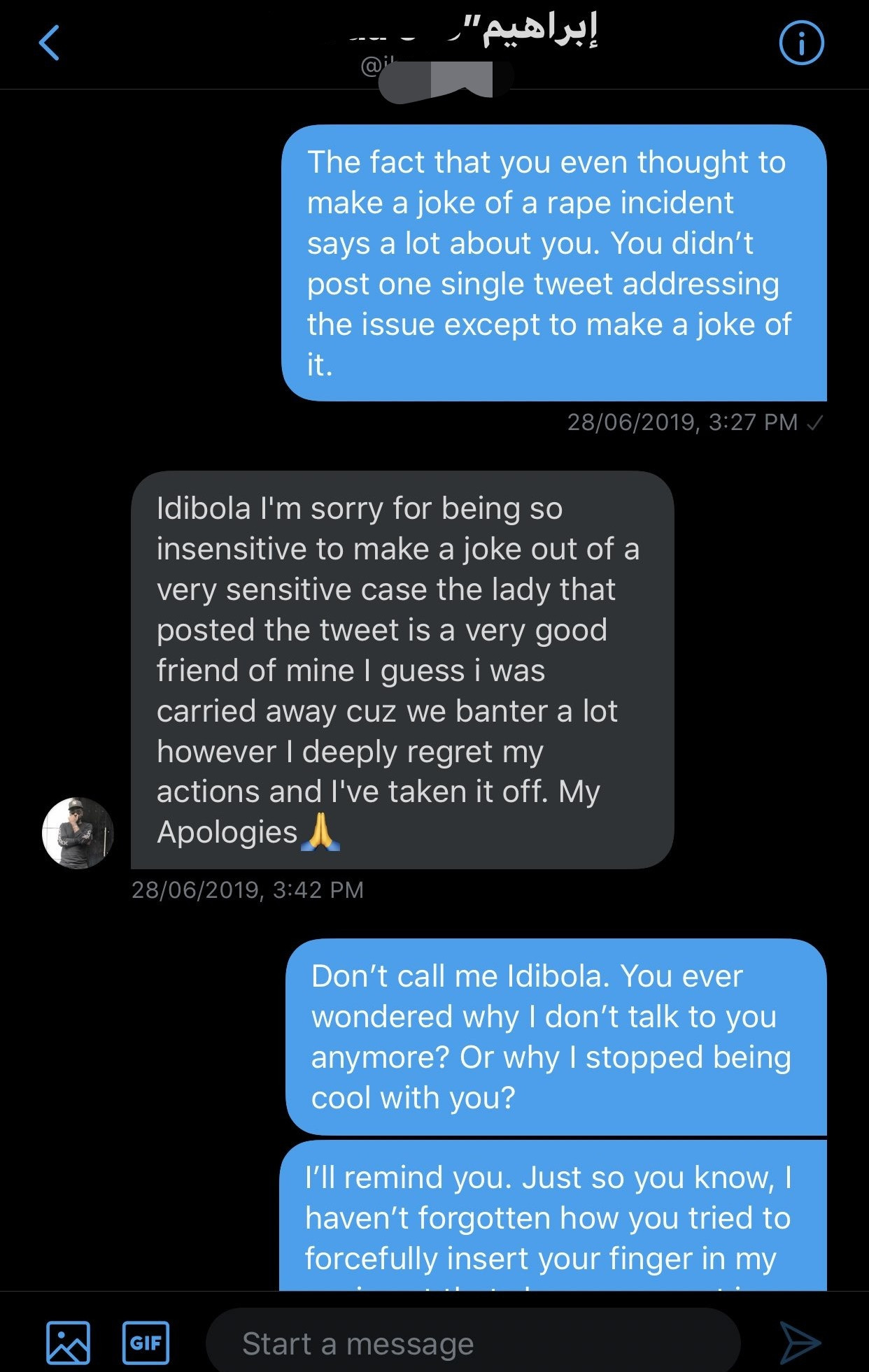 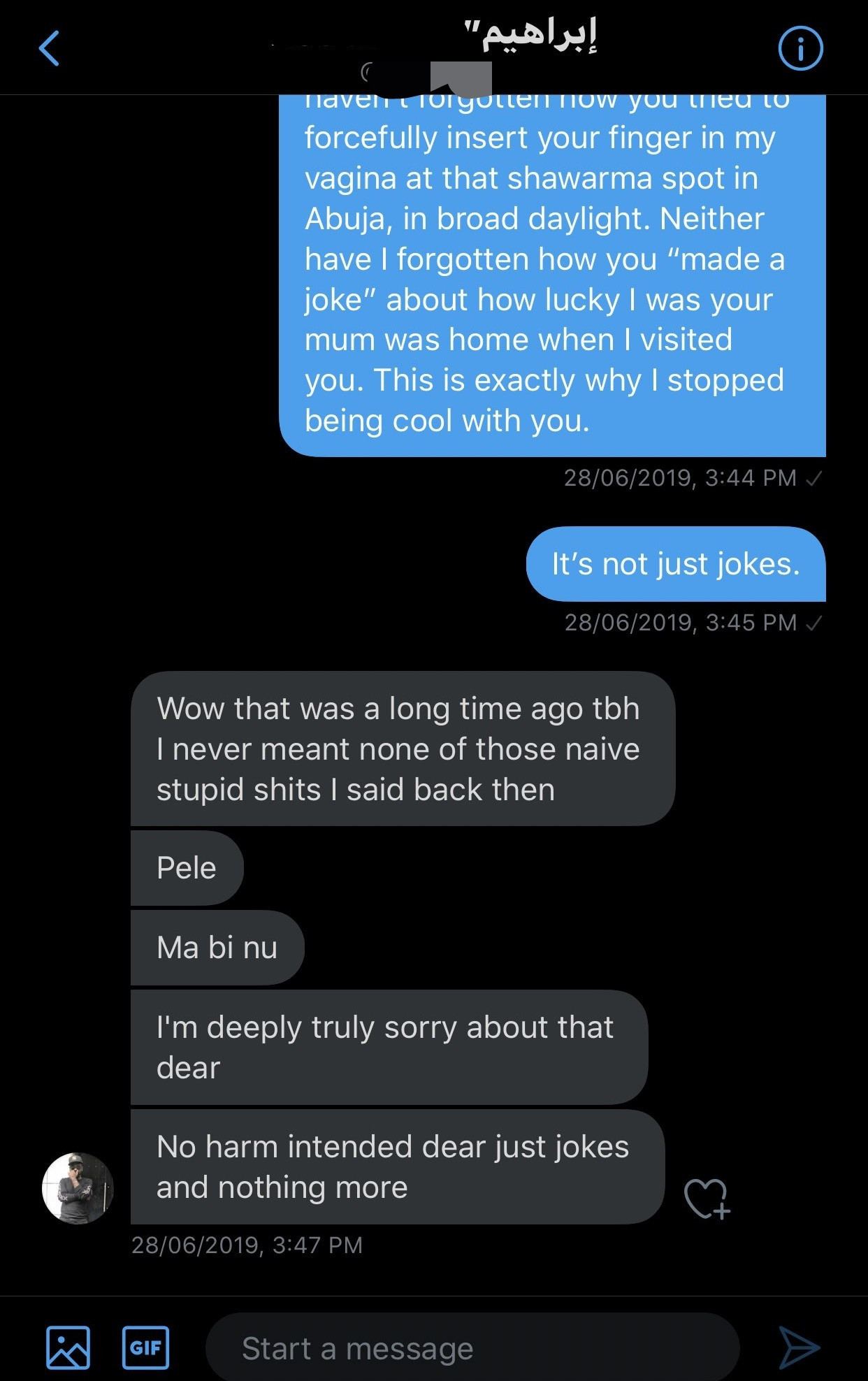 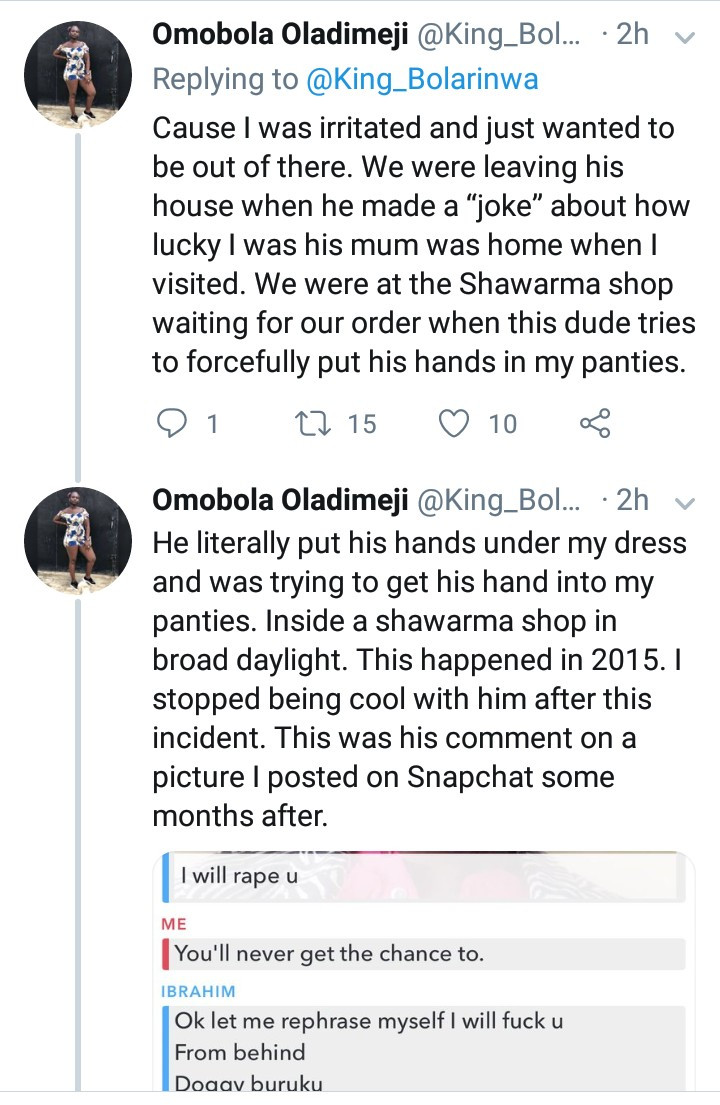 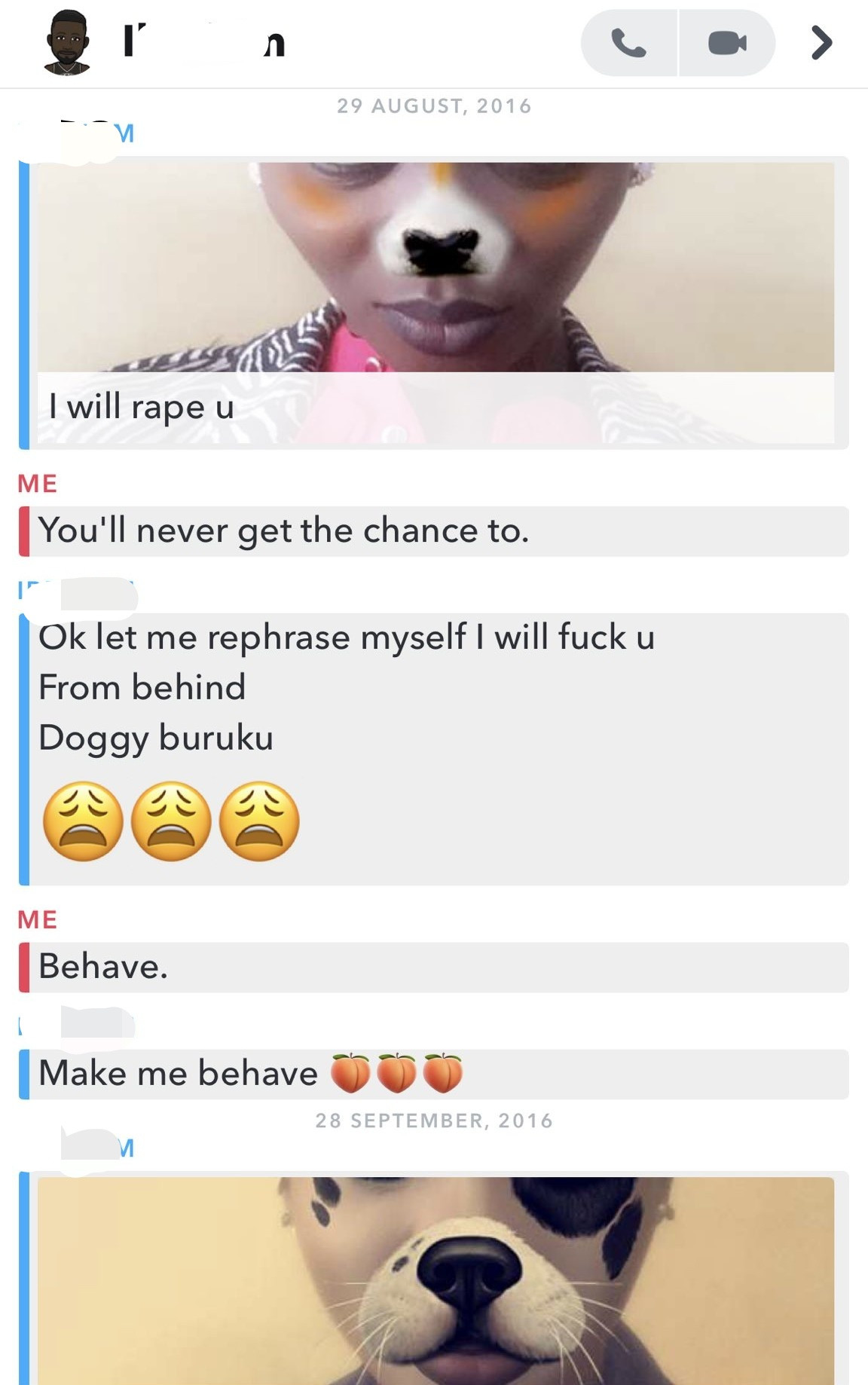 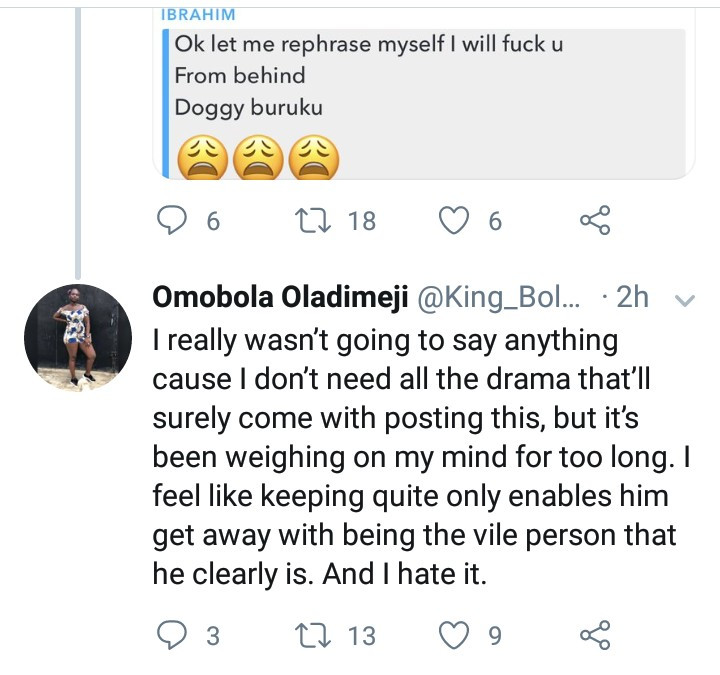